Tiger Woods' Win is One for the Ages

END_OF_DOCUMENT_TOKEN_TO_BE_REPLACED

Tiger Woods' Win is One for the Ages 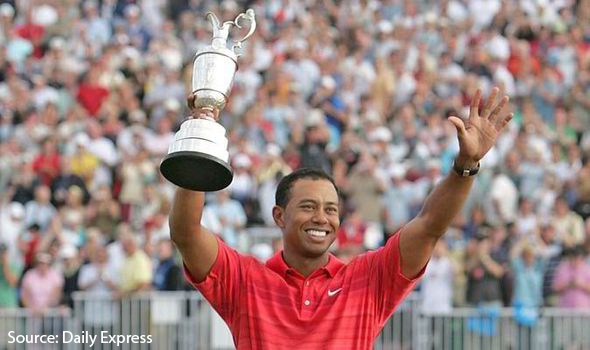 September 23, 2018 will go down as one of the greatest achievements by an athlete, a redemption of sorts for Tiger Woods (Bridgestone Tour B XS), fashioning an incredible comeback through sheer grit, willpower and a touch of magic from an old, trusty putter.

Woods won the Tour Championship with a score of 11-under-par, two strokes better than a game Billy Horschel (Titleist Pro V1x), a previous winner of the tournament. Horschel had been my pick to win the tournament.

But the way Tiger played, particularly in the third round when he was consistently making birdies and finished five-under-par, it was going to take some serious missteps in the final round for him to falter. He didn’t. Tiger is now a three-time winner of the Tour Championship.

At the start of the 2017-18 season, I wondered if anyone cared about Tiger’s return. I was concerned about his ability to come back from his latest back surgery and was skeptical he would physically hold up, combined with his past knee issues. He rebounded. Big time. He played in 18 PGA tournaments, made the cut in 16 and posted one victory, two seconds and six top-10 finishes.

He really did save the best for last.

I had suggested earlier this season that Tiger could win a tournament with a somewhat diluted field. I was wrong. This field was stellar.

While some critics will suggest he only had to beat 29 players compared to a regular tournament which would have had five times the number of starters, he beat some of the best players during the season.

Tiger was admittedly emotional after the win, his first on the PGA Tour in five years, a total of 1,876 days.

“I just can’t believe I’ve pulled this off after the season I’ve gone through,” he said. “It’s been tough. I couldn’t have done it without a lot of help along the way. It’s just hard to believe I won the Tour Championship.”

He said it was a grind in the final round in which he finished one-over-par. He had to hold it together heading toward the 18th green because he felt like crying.

The crowd was electric, changing Tiger’s name with unbridled glee. This is what it was like when Tiger was in his 20s and ruling the golf world. At age 42, he still has game.

Whereas in some tournaments this year he had to scramble after hitting his drives out of the fairway, for the most part in the Tour Championship he hit it straight, true and long. Yes, he had fortune on his side when he nearly drove his tee shot into the water on the 15th. It landed on an embankment. That may have been lady luck on his side.

But make no mistake: he earned the victory. His putting was off the charts. He just didn’t seem to miss too many makeable opportunities.

Woods now has 80 PGA Tour wins, only two back of Sam Snead.

When Woods’ career is done – and a lot of people thought he could never come back from all those injuries – he will probably look back on September 23, 2018 as his defining moment.

It was the day the sports world stood still.

Dustin Johnson (TaylorMade TP5x), who earlier in the season had been the world’s top-ranked player, finished third, four back of Woods.

Justin Rose (TaylorMade TP5), who claimed the top ranking with some solid play towards the end of the season, finished in a three-way tie for fourth at six-under-par. He won the FedEx Cup, pocketing $10 million.

Woods finished only 41 points behind Rose in second.

Bryson DeChambeau, the hottest player in the FedEx Cup playoffs, scuffled his way to a one-under par. He was six-over-par after 36 holes and worked hard to get back to red digits. He finished 72 points back of Rose.

One thing that was apparent at the end: the golfers in the tournament hugged Woods, knowing how hard he worked to come back. For the American members of the Ryder Cup team, Woods brings an emotional lift, although it might be hard to summon the energy after such a monumental victory.