Recalling the cancellation of the 2020 Players Championship a year later

END_OF_DOCUMENT_TOKEN_TO_BE_REPLACED

Recalling the cancellation of the 2020 Players Championship a year later 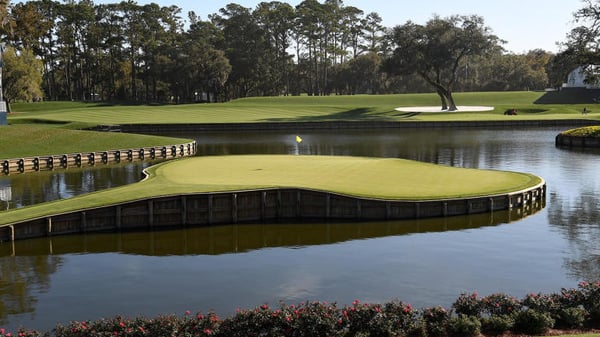 Has it really been a year since the PGA Tour shut down after the first round of the Players Championship because of COVID19?

Friday will mark the day that PGA Tour Commissioner Jay Monahan decided to cancel the remaining three rounds following the rest of the major sports leagues. Because COVID19 was in its earliest stages, few knew how lethal the disease was or could be.

So in retrospect, after initially deciding to play the remaining three rounds without spectators, which was not a wise move and drew criticism from people who thought the tournament should not continue at all, Monahan announced several hours later to scrap the last 56 holes. That decision proved to be proper and right. Health should always take precedence.

After taking a 91-day moratorium before re-activating the tour and moving around the schedule, namely playing the Masters in November instead of its usual April date, and without spectators, the PGA has back come stronger.

It is only now, a year later, that the Tour is slowly returning to a sense of normalcy. It is only when the all-clear message is announced by someone authoritative at the federal level that the PGA will resemble its old self allowing full capacity of fans. The PGA has only recently started allowing spectators on to the grounds of its tournaments, albeit a small percentage. The absence of fans proved to be noticeably missing by the players, who found the sounds of silence awkward and strange.

But that will slowly become a thing of the past. There is a symbiotic relationship between the players and fans. We got a slight reminder of that at the Waste Management Phoenix Open’s 16th hole. Even with only about 15% of the capacity at the stadium hole, those who were there provided some well-needed noise (even the boos).

The return to normalcy extends to the TV audience because of technology that provides stunning pictures, particularly at Augusta National. Is there anything more pretty than the azaleas at the Masters? Thankfully, we’ll experience that again next month. The 2020 Masters just didn’t have the same feel.

So as the sport moves forward for what will eventually be the regular schedule, it’s worth remembering a year ago at this time how the world was paralyzed by an unrelenting disease and how the PGA reacted.

It’s great that the best players in the highest level of golf are back playing again and feeling safe and at some point the galleries will be as big and bountiful as they once were, going crazy for ball striking and shot shaping and shot making.

Sobering reflection is something people do on the anniversary of something or someone lost. Golf was lost in the midst of a disease with no prior history, but isn’t it great to have it back?