Srixon Gets a Boost From Its Brand Ambassadors

END_OF_DOCUMENT_TOKEN_TO_BE_REPLACED

Srixon Gets a Boost From Its Brand Ambassadors 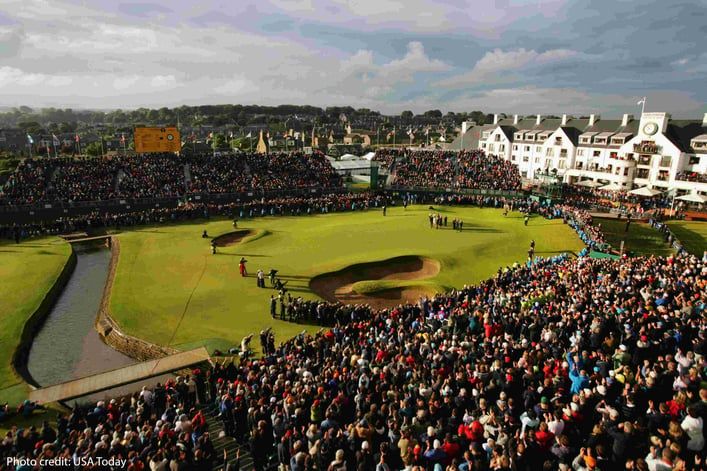 While the overwhelming majority of pro golfers use Titleist balls, there are others who play with different brands, and for Srixon last week was a chance to promote itself significantly by virtue of some of its “ambassadors” in The Open Championship.

Irishman Shane Lowry (Srizon Z-STAR XV), who won the tournament by six strokes at Royal Portrush, received a lot of visibility finishing first on a course in his home country. The ball with the green shamrock was prominent throughout the four-day competition and Srixon had a contest afterward to promote those balls.

During the course of the tournament, J.B. Holmes (Z-STAR XV) also made the company proud. At the halfway point of the tournament, he was tied with Lowry for first at eight-under par. Unfortunately for Holmes, he didn’t finish strongly and was far back at the end.

Veteran Ernie Els (Z-STAR XV), a two-time winner of the tournament, showed he can still be competitive at age 49 with younger players. The Big Easy finished tied for 32nd at one-over par.

And another Irishman Graeme McDowell (Z-STAR XV) finished tied for 57th at four-over par. He was in solid striking position after a four-under par 68 in the third round but finished at five-over par in the final round.

KOEPKA HAS THE GOODS: I didn’t think Brooks Koepka (Titleist Pro V1x) would win The Open Championship, but I thought he’d be in the final three pairings on Sunday. I was right, but some may say that’s not rocket science. He finished tied for fourth and similar to many in the tournament struggled on the final day shooting three-over par.

What is becoming increasingly clear is that when it comes to the majors, Koepka is a force. He has said that the tournaments that are not part of the four majors are not a big deal. While others on the tour would clearly disagree because of the earnings and the various perks that come with them, he represents a new breed of golfer, one whose attitude is clearly outside the norm. He uses tournaments to hone his skills for the majors. Hey, he’s got the talent and it didn’t come easy to him. He had to work his way up through the European Challenge Tour and European Tour before beginning his ascension as the best golfer in the world. Could he eventually tie Jack Nicklaus’ record of 18 majors? He certainly has the mindset he can do it. It will be interesting to see how he fares this week in the World Golf Championship-FEDEX St. Jude Invitational.

While this tournament may be a letdown following The Open Championship, many of the stars who played in Northern Ireland are playing in this tournament. Clearly, it’s to support FedEx for its commitment to the tour.

I remember how the RBC Canadian Open had to struggle to put together a star field after following The Open Championship, but the repositioning of the 2018-19 schedule changed that with it coming up a week before the U.S. Open.

So it’s great to see the week after The Open Championship is well represented across the board.

I can’t begin to predict who will win it, although I’ll take a shot and select Hideki Matsuyama (Srixon Z-STAR XV).

It will be interesting to see how Tommy Fleetwood (Titleist Pro V1x), does. He is still searching for his first PGA Tour win and it will take a really strong mindset to put behind finishing second in The Open Championship. He is really due to win a tournament soon, but he may need a few weeks to regroup following the grind of last week.

RAHM TOUGH: Jon Rahm (TaylorMade TP5x) has one of the best nicknames in the game, Rahmbo. I get a kick out of watching the commercials he’s in and the reference to his nickname.