Reflections on the 2020 PGA season

END_OF_DOCUMENT_TOKEN_TO_BE_REPLACED

Reflections on the 2020 PGA season 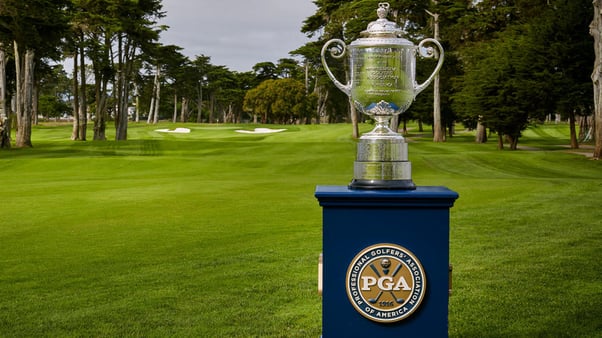 With New Year’s Day less than a month away, I decided I’ll use my blogs leading up to it talking about the 2020 PGA season.

The season has produced so much, not all of good, but on the whole I think it’s been something that has helped people take a break from the harsh realities of COVID-19 and also provided some insight into the sport.

What could have been a significant miscalculation to move forward with the Players Championship in March after the completion of the first round was quickly reversed by PGA Commissioner Jay Monahan, who realized the world was going through a traumatic time because of a novel disease and things needed to be stopped. Moving forward with the final three rounds would have been damaging to the sport and putting the players at risk in terms of their health.

Unfortunately for Japan’s Hideki Matsuyama (Srixon Z-Star XV) and South Africa’s Christiaan Bezuidenhout (Titleist Pro V1), their opening rounds of nine-under-par 63 meant that their tie for the first-round lead did not account for anything.

The decision made by Monahan to resume the tour after 91 days with protocols in place to limit the people inside the ropes to watch the tournament created a new way of watching the sport. For the players it meant competing without crowds, who provide noise and evoke emotion. The players can build off of that, but without it they had to find motivation from within. And without the gallery, there was no safety net, so to speak, when players missed shots badly to the left or right, which otherwise might have landed in the gallery. Watching players hunt for balls like easter eggs was at time amusing. They are not used to having to do this, so that was a change.

It was also a change for people viewing the events on TV. I think the Masters was probably the strangest of all because it was played in November instead of April, which meant that the flowers that are so much a part of Augusta National had long since bloomed. There was also changes in the grass, which became an education for viewers. Who knew talking about Bermuda, which is a warm-weather grass, and rye, which is the primary surface for the Masters in spring, could be such an important topic of discussion? But that will be one of the interesting nuggets that will be discussed when golf historians reflect on the 2020 PGA season.

So, I commend the PGA for making it through the pandemic with some exciting tournaments that produced new stars.

In the coming weeks, I’ll look at some of the best shots of the season and some of the worst. Here’s a hint about two of the best shots, one by Tom Brady (yeah, a football player) in a charity event, and one by Jon Rahm (TaylorMade TP5) in a fun event just before the start of the Masters. But neither of those top my list.

As for the worst, well, here’s a hint, Bryson DeChambeau (Bridgestone Tour B X). And there’s actually three of them, including two in a row.